Insider News: Discover the Secrets of the Mekong with Emerald Cruises

The Mekong weaves through the heart of South East Asia, through colourful lands littered with ancient pagodas and mystical temples. For the people who live on its banks, the river provides an essential lifeline — bringing life and trade to millions, and supporting a simple, traditional way of life.

Visiting Cambodia and Vietnam is made simple by the Mekong’s timeless swathe. The river cuts through lauded destinations like Siem Reap, Angkor Ban, Phnom Penh, Cai Be and Ho Chi Minh City on its way to the South China Sea — introducing iconic sights like the Angkor Temples and Sa Dec floating market in one seamless, uninterrupted journey.

With a watershed of 2,700 miles, the Mekong is the world’s 12th-longest river, and the 7th-longest in Asia. The river’s scale makes deciding what and not to see on its banks almost impossible — unless you have a little expert input, that is. 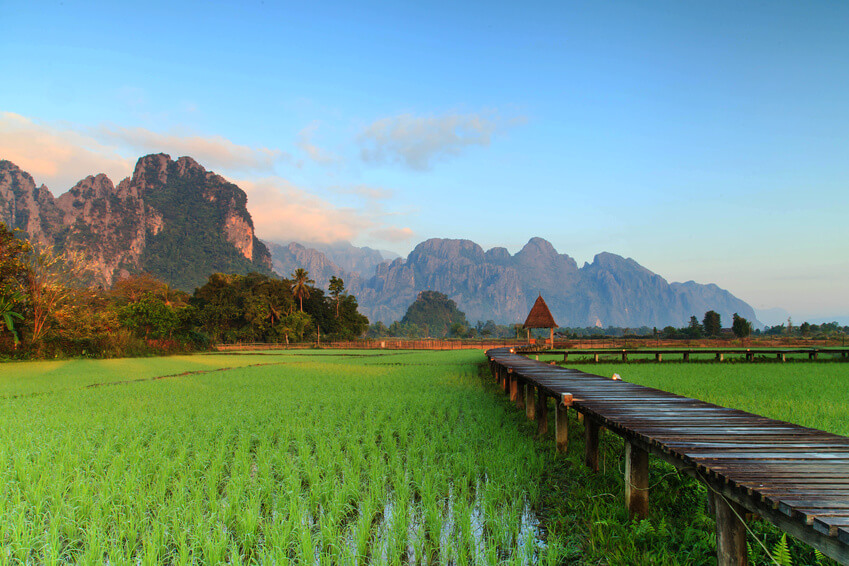 At Emerald Cruises, we’re always happy to share insider info with our guests, helping them uncover sights and experiences which they might otherwise be unaware of. That’s why we’ve put our heads together to come up with four must-see sights on the Mekong that remain a secret to the ordinary traveller.

So come on and join us, as we reveal the secret highlights of the Mekong River as curated by the Emerald Cruises team.

The start or end point for every one of our Mekong river cruises is Ho Chi Minh City, Vietnam’s bustling second city. With its French colonial architecture and diverse street food offering, Ho Chi Minh City is everything you’d expect from a Vietnamese metropolis — think colourful vendors, thousands of bicycles and mopeds, and distinct buildings that marry colonial design with the vibrancy of South East Asia. 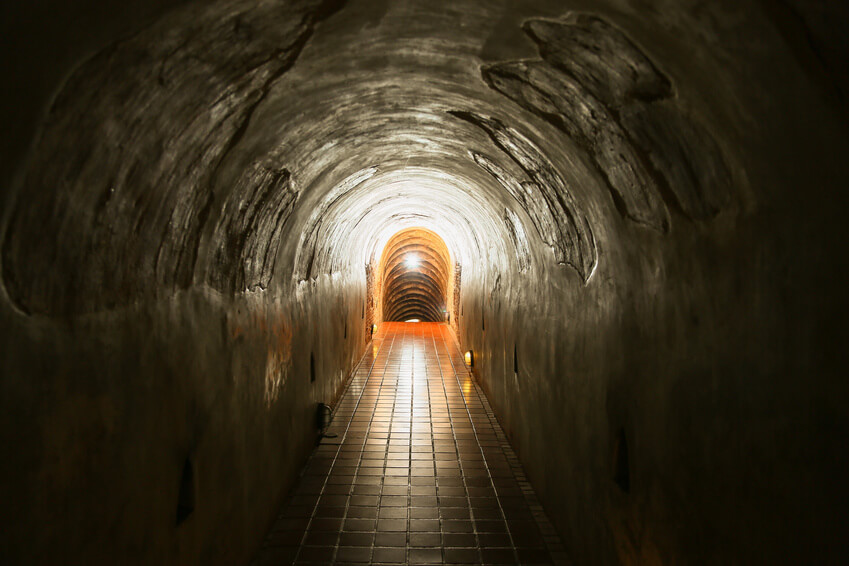 While it’s easy to be distracted by Ho Chi Minh’s beautiful landmarks, including the 19th-century Central Post Office and Notre-Dame Cathedral, there’s one heritage site which deserves your attention more than most — and that’s the Cu Chi Tunnels. This immense network of underground tunnels and caverns was used by the Viet Cong in the Vietnam War, both as a shelter from allied bombs and as a way to orchestrate their guerrilla warfare tactics. While much of the tunnel system has been destroyed, some areas remain and are open to the public — providing unique insight into the horrors of the infamous conflict.

While visiting Vietnam’s prestigious Halong Bay doubtless tops the wish list of many travellers, few get to experience this serene natural landmark as authentically as Emerald Cruises guests. 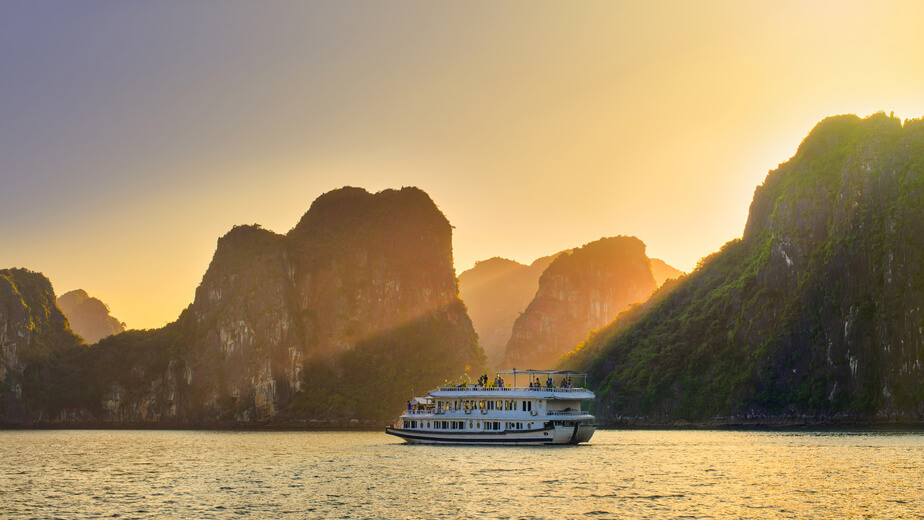 Join us for a luxury river cruise on the Mekong, and you’ll enjoy an overnight Halong Bay cruise on board a classic Bhaya junk boat. Explore the thousands of limestone karsts that are responsible for Halong’s World Heritage Site status, and marvel at the area’s remarkable biodiversity and unforgettable exotic vistas. Relax as your junk negotiates the emerald waters of the bay, and have your camera at the ready as the sun begins to set over this beautiful place.

While the foremost treasure of Siem Reap undoubtedly have to be the Angkor Temples, this vibrant Cambodian town boasts other extraordinary sights and attractions too, including the exhilarating Phare Cambodian Circus. The circus comprises a spectacle of acrobatics, theatre and music in the heart of the town, and is operated by a not-for-profit organisation founded by Cambodian refugees. The circus focuses on providing opportunities for disadvantaged young people in the local area, introducing them to performing arts from a young age. 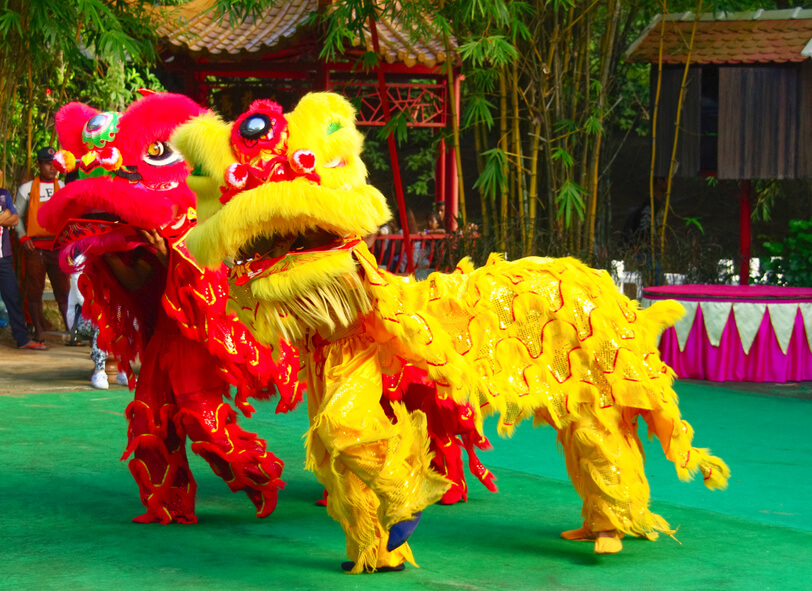 Travel the Mekong River with Emerald Cruises, and you’ll be exclusively invited to an evening performance at the Phare Cambodian Circus. With extraordinary feats of acrobatics and charming theatrical productions which reveal more about the culture of the region, the evening promises to be an event you’ll never forget.

The bustling capital city of Cambodia, Phnom Penh, sits at the confluence of the Mekong and Tonlé Sap rivers in the south of the country, not far from the Vietnam border. The city, which is affectionately known as the ‘Pearl of Asia’, is considered one of the most beautiful French-built cities of Indochina, thanks largely to its vast swathe of historical architecture — including the Royal Palace, Silver Pagoda, Wat Phnom, Choeung Ek and Sisowath Quay. 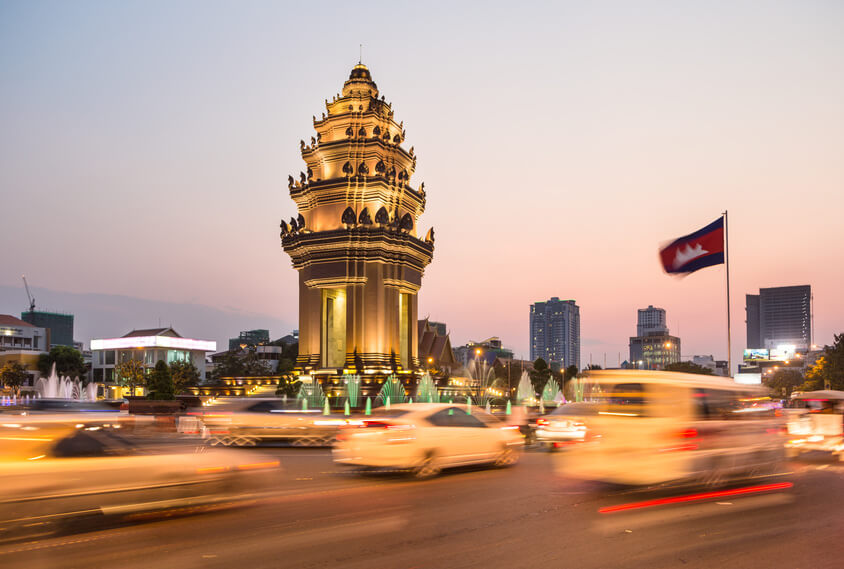 Founded by the Khmer in the 15th century, Phnom Penh is noted for its surviving French colonial buildings, which are scattered along wide, elegant boulevards reminiscent of Paris and Bordeaux. It’s these wide streets that make the city a wonderful place to explore by bike, and that’s exactly what you’ll be doing as part of an invigorating Phnom Penh cyclo tour.

With the help of an expert guide, you’ll tour the main highlights of the city by bicycle, travelling like a local between the city’s esteemed cultural landmarks. With its elegant waterfront and peaceful green spaces, Phnom Penh is a place built to explore on foot or by bike — providing enriching moments of culture around every bend.

If this short list of highlights has piqued your interest in a South East Asian river cruise, click here to browse our upcoming Mekong itineraries. Should you need any further help or advice, give our team a call today on 0808 149 1411 and we’ll be happy to help you.